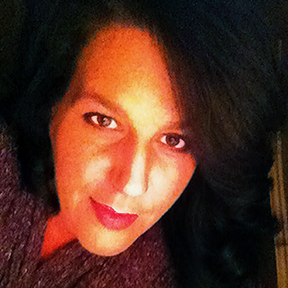 Terran note: Text in red are my notes and comments, not Heather's words.

H: They were asking me do I “swear to tell the truth, the whole truth, and nothing but the truth?” And I started out by saying, “By due sworn declaration... " and I stopped mid sentence because I felt two very strong energetic signatures swoop in... tried to figure out where they were coming from. And I said, can I have a second? She said sure.

H: She said, we still see you did it.

H: No, I said,  No. Standing due identification correction. I am source of all that is. Original. Nunc pro tunc, praetera, preterea and I do swear to speak only true, accurate, and complete.

H: That was the entire swearing in and that was the only time I knew I would have to make the standing due identification correction

H: So if it is not in there, that is what we call falsifying of the evidence. When they change the transcript like that. Because that right there was the ‘lynchpin’ of them not being able to do the whole identification hearing to begin with.

T: Yeah, it is completely missing from the transcript.  It just says”(sworn in)"...  [there was one redacted sentence in the transcript]

H: So here is what happens when you have someone who knows completely how the game is played and they play it perfectly. That’s the best thing they can do is alter the physical evidence. And hope that it doesn’t stick

H: Even the conversations that they are having out in the park all by themselves, without their phones and their ‘secret’...  those are recorded as well.

H: So, like I said you can’t stop someone from being corrupt all you can do is accept evidence of their corruption and I can tell you... there is a reason why we are going through all of this... because it is never going to happen again.

H: Those that were in power are effectively being removed as we speak.

H: And they are removing themselves by their very choices.  So we have the old world going out and we have the new world coming in.

H: oh, yeah! DC is no longer what it was before I arrived, even after I left it has completely changed. It is just deteriorating [the frequencies] faster and faster and faster. Until it is finally no longer there. And not just DC but all international equivalents, those are what we call Portal cities. Vatican, everywhere. And all the inner earth equivalents.

H: If we focus on the details, it can feel like eternity and that is what makes it really heavy, really resistant. There was a resistance even to my presence physically here... so me feeling their setbacks...  those frequencies are not pleasant.. And I have not felt these kinds of frequencies since the first time I ever went to London.

H: This is how London felt. Very similar to Virginia, which is a very interesting observation.

T: at the jail there?

H: No I am not just talking about the jail. No the jail itself is a really grotesque example of how the prison systems are banks... this jail actually transports for the US Marshals for free because they get funding for each bed.  And the women who are in here... They all know it is a money based operation. It’s very fascinating actually. To have a conversation with the women who are in here. They see what is going on.

H: They (the jail) basically get all this Fed money. You (the prisoner) get nothing in return. Essentially a uniform and some sheets. That’s it. For all the money they are getting for each one.

H: I do not know how much they (jail) are receiving but I know in DC they were supposedly getting 15K a day for each person.

H: But what I can tell you. At least the prisoners who are in here...

T: You can get a nice hotel for that... (laughter)

H: Yeah, it is grotesque but as far as Virginia itself... I have only been on the outskirts of Virginia and that was the weekend that Princess Diana got it. This is the first time I have been full-fledged ‘inside’... you know we are not that far from Richmond... not that far from Norfolk... but there’s also another base here about 7 miles from Warsaw. I don’t know the name. [there's actually two, NSWC Dhalgren (a Navy directed energy weapons lab) and Dover AFB which is purportedly an SSP base]

H: I don’t go anywhere that it is not required.  I go some places that it is really toxic and I have gone where there are some really toxic frequencies... but I can tell you this is probably the hardest one where I have been in the densest, toxic in this space. And that’s saying a lot coming out of DC.

H: DC actually felt light. Felt fun. Felt perfect. Ready right. Then there were a couple of decisions that were made... not even in the U.S., and that’s why this all began.

H: So all this talk of National security is a bunch of BS. .All the prison bonds are worthless,  all the trading programs globally are worthless, because of the decisions they have made over the last two weeks.

H: They can play whatever semantic games they want, removing Nunc Pro Tunc praeteria preeteria... it doesn’t matter because they are toned. They are seen.

H: Luckily for everyone on this planet it is a paperless system now. So that is recorded, evidenced. And their corruption is evidenced. And we move forward. The Old world is out. It is out.

T: I thought it was odd, because they left  Parker Still’s sworn in ceremony there [Eastern Tennessee District Grand Jury Testimony]. And they truncated yours to just "(sworn in)".

H: Oh really? Yeah that would be DC records?

T: I am looking at the grand jury testimony of Parker Still and they swore him in. . .the whole thing was in there. But in DC it isn’t in there!

H: That is not how it is supposed to be. It is supposed to be word for word.  They had to swear Parker Still in in DC.  They swore him in and asked if he swore to tell the truth, the whole truth and nothing but the truth. Could you look, is it cut for him?

[Parker Steill/Still swearing in was trqnscribed as follows in the Washington DC transcript:
"PARKER STEILL,
Having been called as a witness on behalf of the
Government and having been first duly sworn by the
Deputy Clerk , was examined and testified as follows::]


H: You guys will figure it out. It’s all there.  Keep your eye on the big picture. Remember, this case is a Red Herring.

H: And like I told Z, when we talked. He said this is checkmate. I said yeah, it was checkmate four and a half years ago.  So everyone wins on this. Just keep our eyes on the results? Ok?

H: On the big picture.

T: I am going to fly into Nashville and my brother is going to pick me up and take me to Knoxville.

B: I saw him in Wyoming recently.

T: About the distance from Austin to Houston.

H: Ok. Well my love to your brother. Thank him. And I will just see you and Y.

Jail Phone Recording: You have one minute left.

H: I love you guys! Thank you so much! Please tell Lisa to remove the money from the commissary.